I have been eagerly awaiting the arrival of the wintering Short-eared Owls back to Suffolk, there were several of them turned up locally, Shingle Street and Gedgrave.
But I fear that the will not stay for long as there is a shortage of voles. 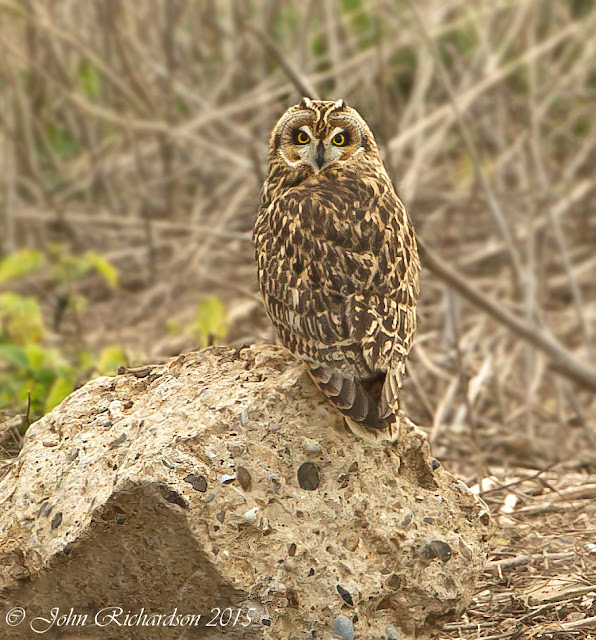 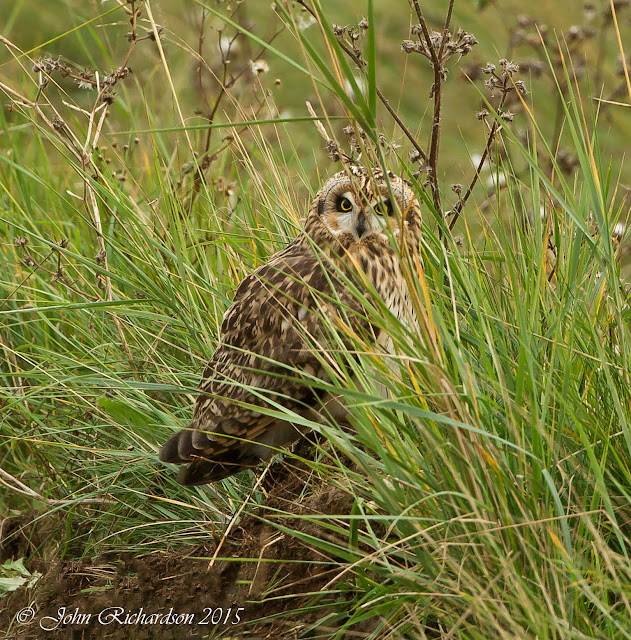 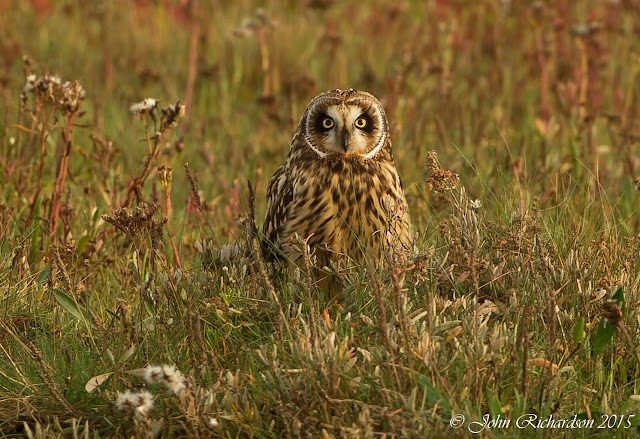 I went back the next day waited for 2 hours with no luck, but was just about to get into my car as the light was fading and the sun was setting, when one appeared I managed to get some distant photos with the setting sun.

Went back with Veronica the next day but no joy, but got this photo of Veronica with the setting sun behind her 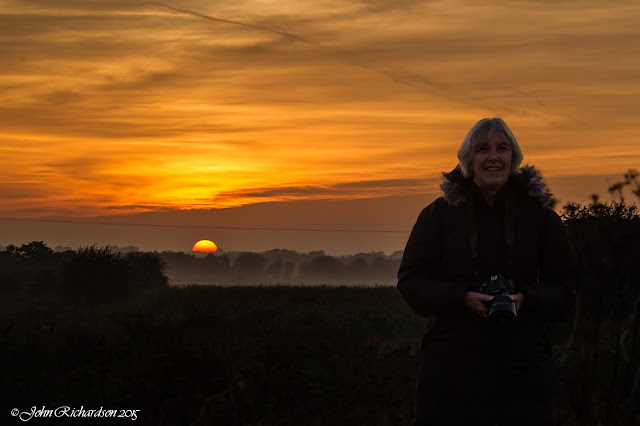 On the way home over Upper Hollesley Common snapped this scene 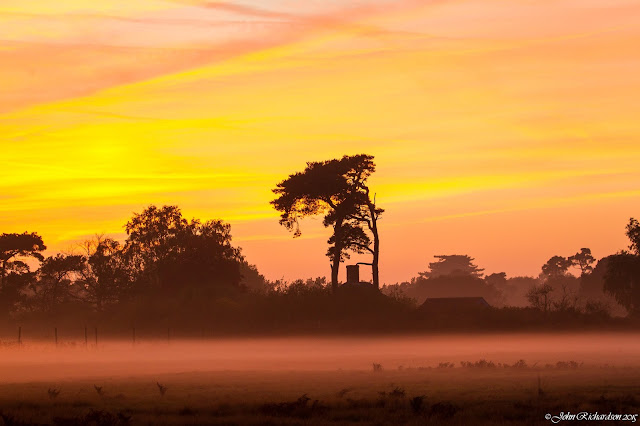 Then Veronica and I decided to give Gedgrave a check for the Short-eared Owls, were we lucky found one which was very elusive it hid up behind some reeds Veronica went one side and me the other side, unfortunately for Veronica it was my side 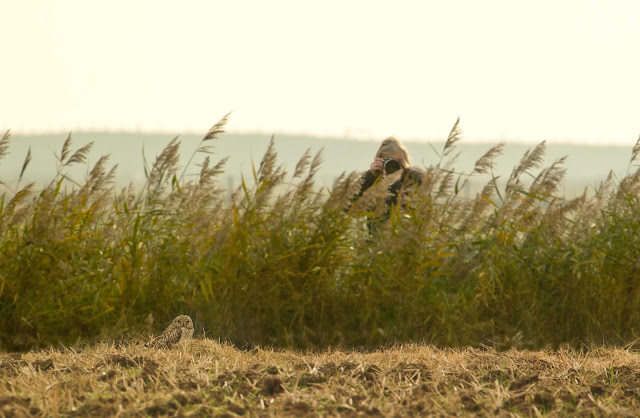 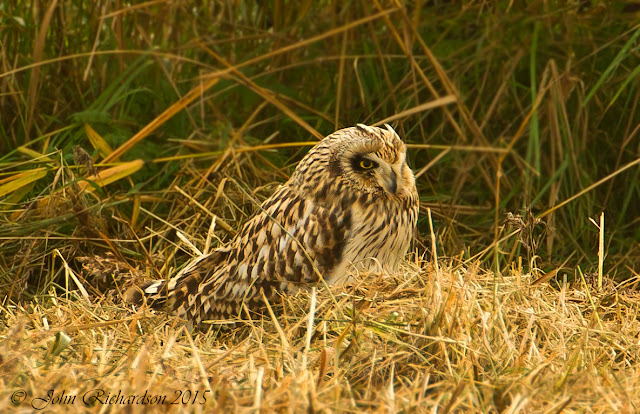 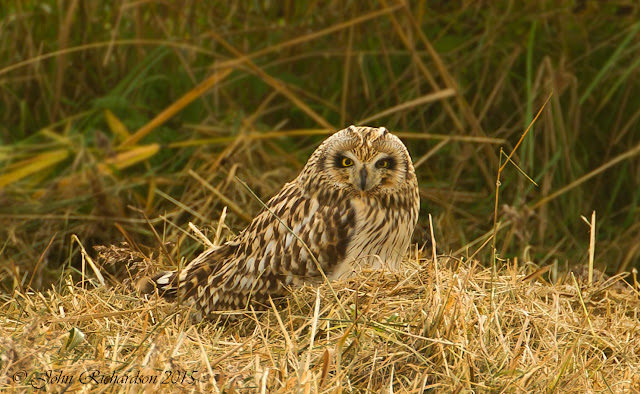 Another visit was more productive found three hunting at Gedgrave, the only was it was very misty 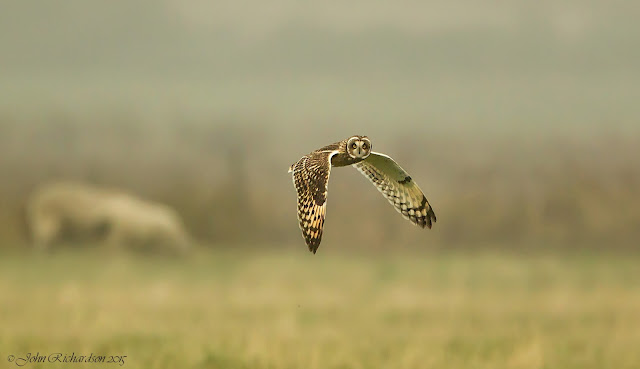 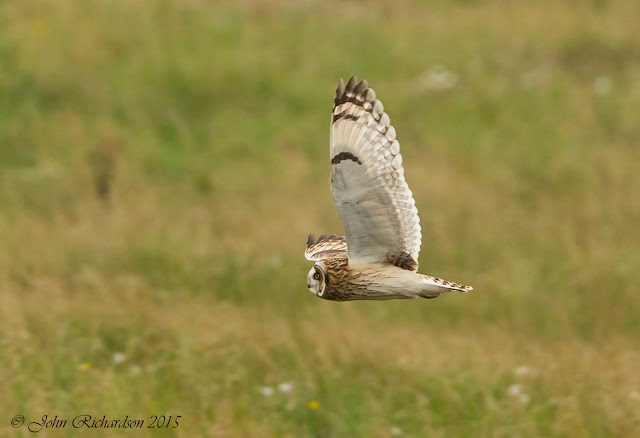 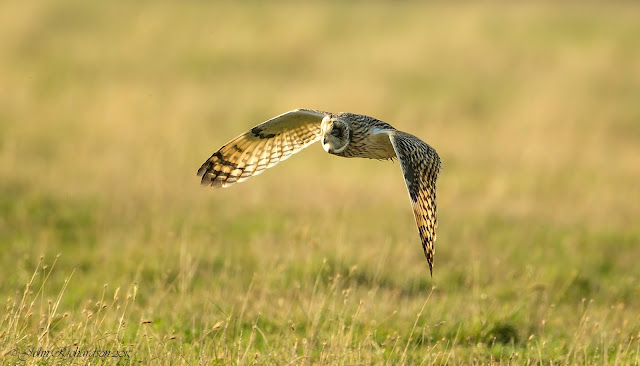 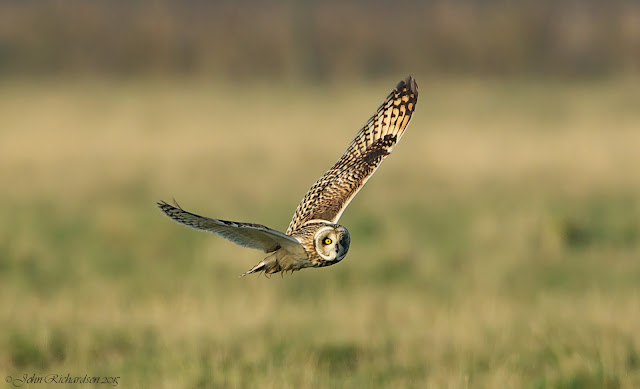 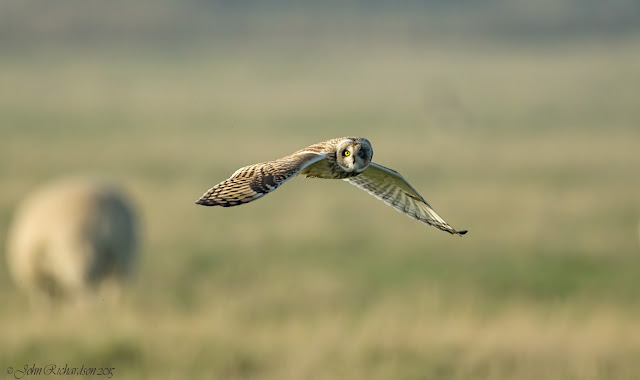 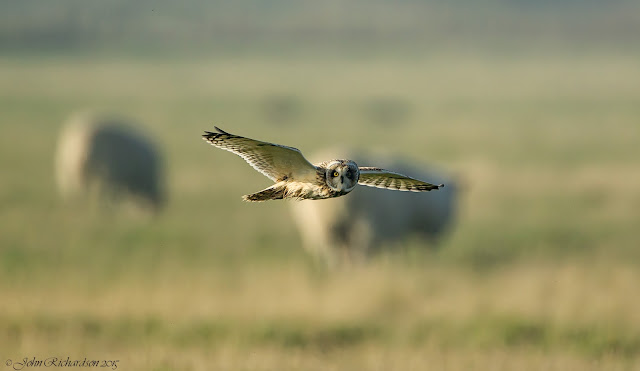 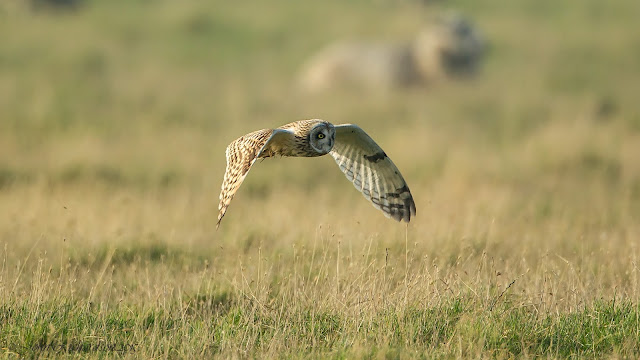 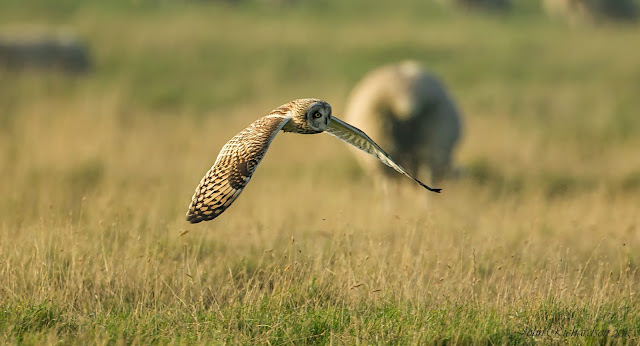 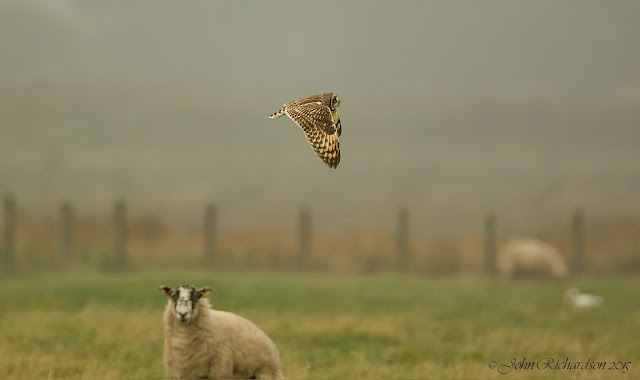 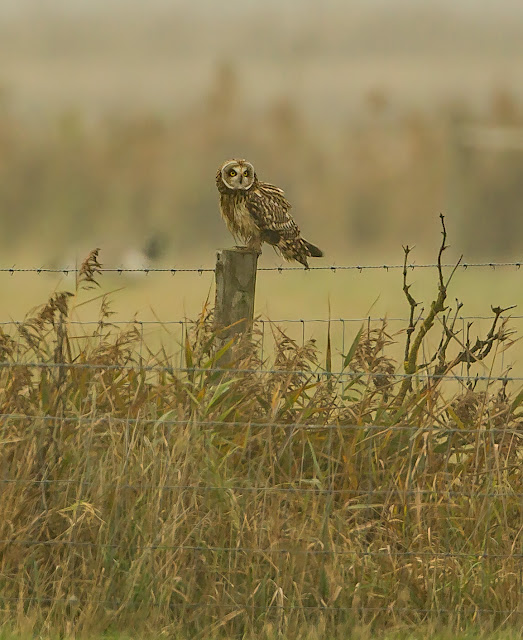 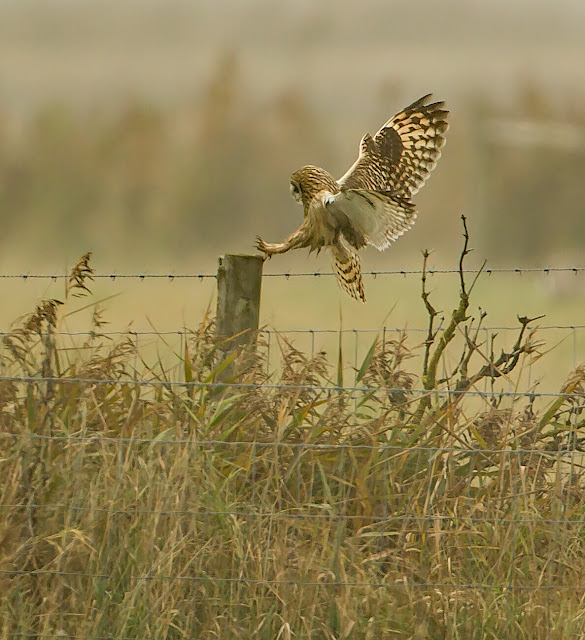 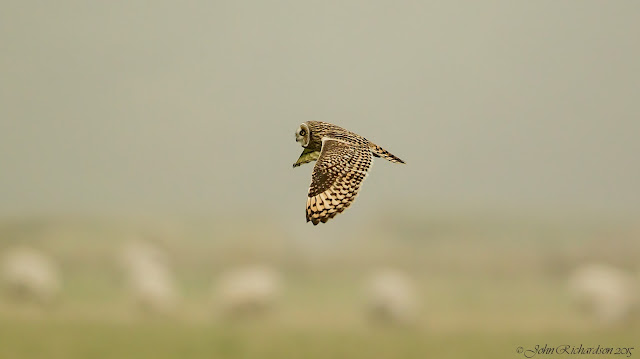 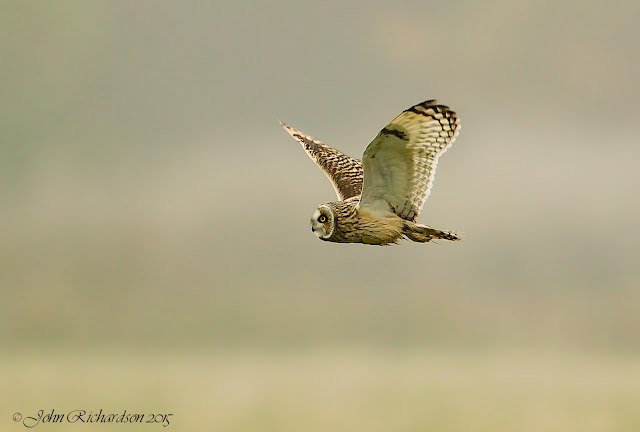 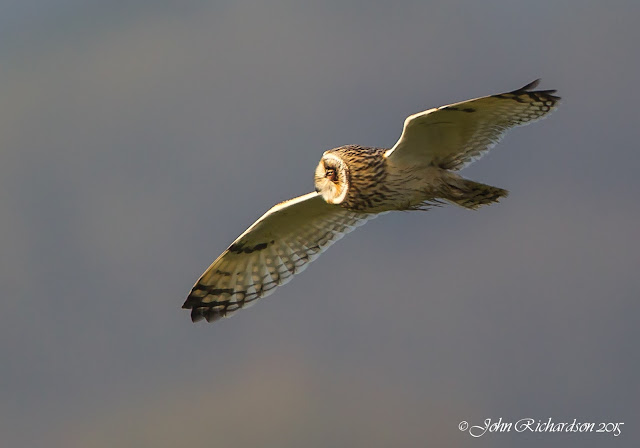 This fella came of worst when three of them had a battle, he damaged to his left eye. 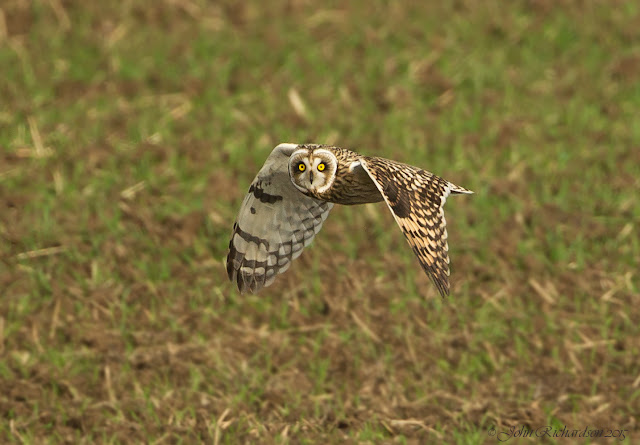 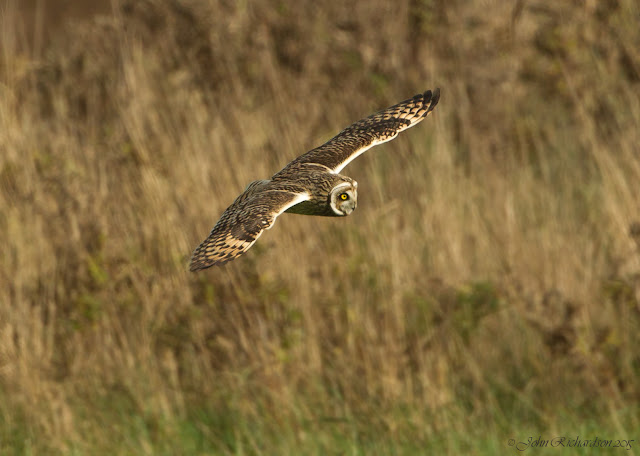 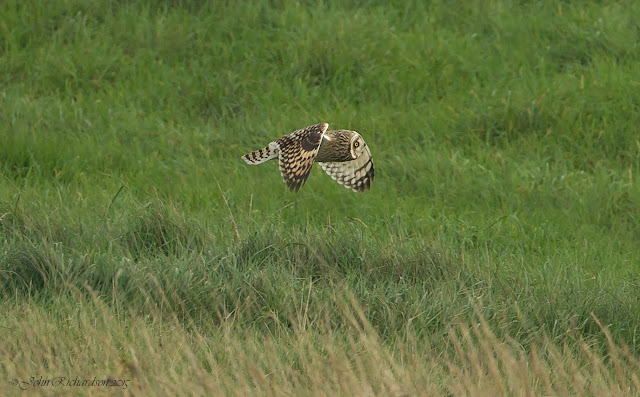 That was on 3rd Nov and I have had distant views since but only once in several visits to Gedgrave and sadly this week Veronica found one dead at Orford, so lets keep our fingers crossed and hope when this wind stops blowing they will show again.

Posted by John Richardson at 13:32