Popped down to Shingle Street to find the SNOW BUNTING's walked all the way to East Lane.
It was sleeting and wind was strong from the North. 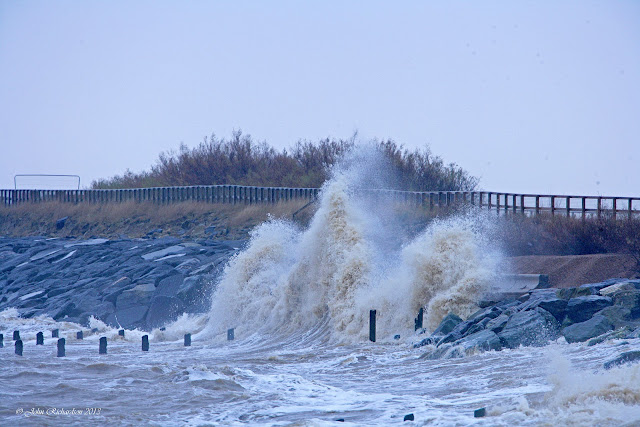 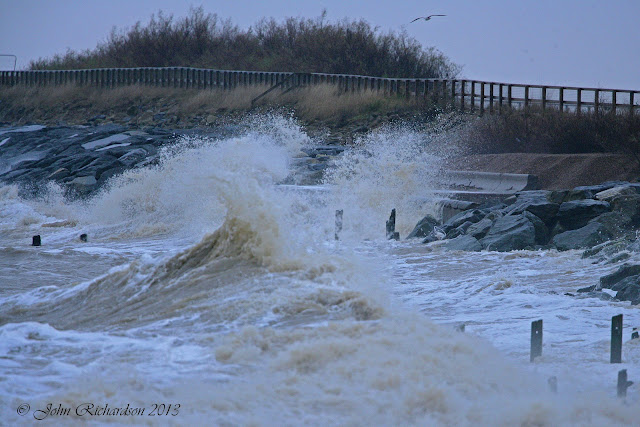 
Hi John,
Thank you very much !
Indeed it is one of the bird that I have caught this winter in Northern France, and I am glad to tell you that it is the first sighting outside France !!
The bird was ringed on 29/12/12 in Calais (Pas-de-Calais 62) as a 1 cy male.
It has been seen on 28/01/13 in Dunkerque harbour, and it was back to Calais and was seen there from 05 to 25/02/13.
Do the Snowbuntings winter in your area or are they only vagrants ?
All the best and thanks again,
Quentin 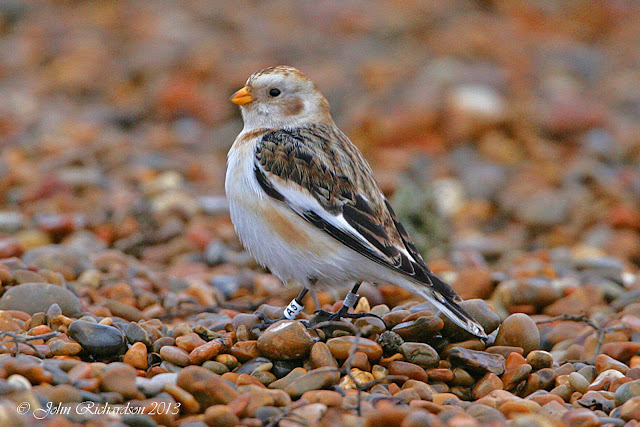 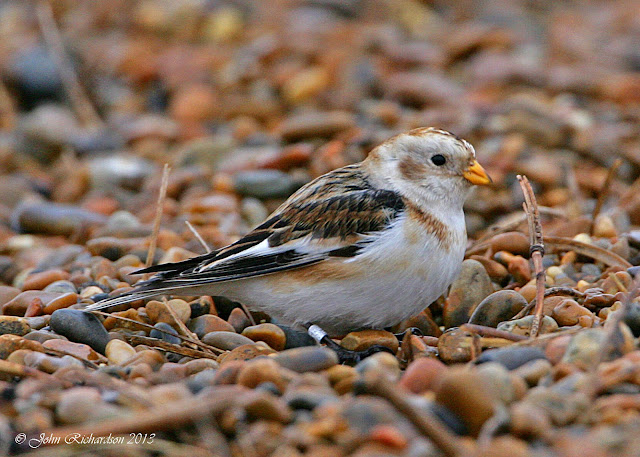 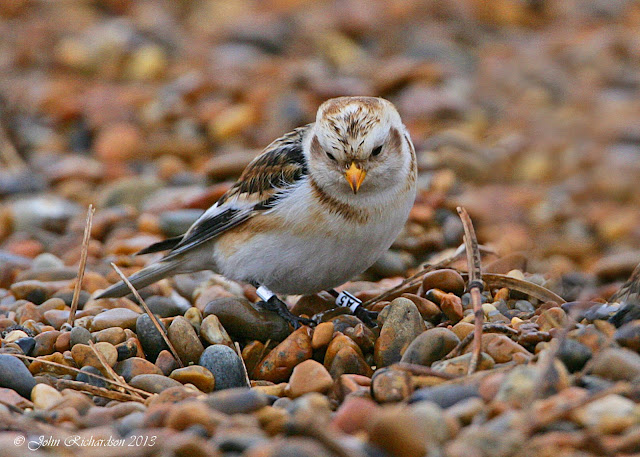 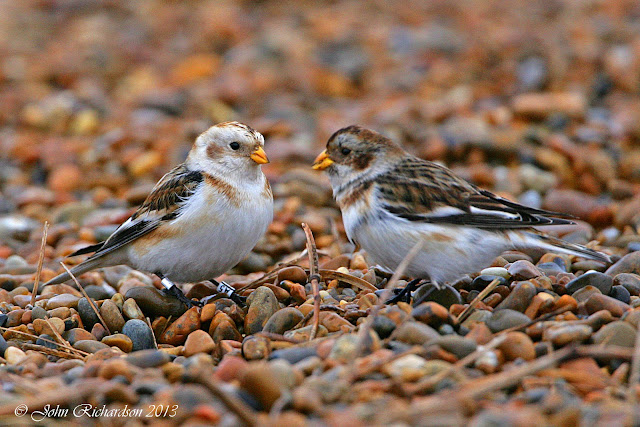 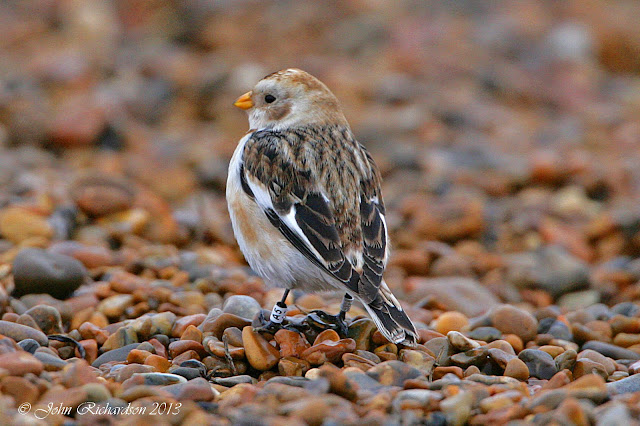 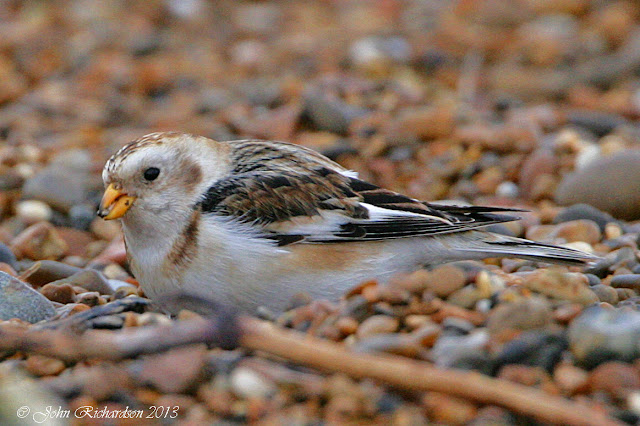 Posted by John Richardson at 16:05